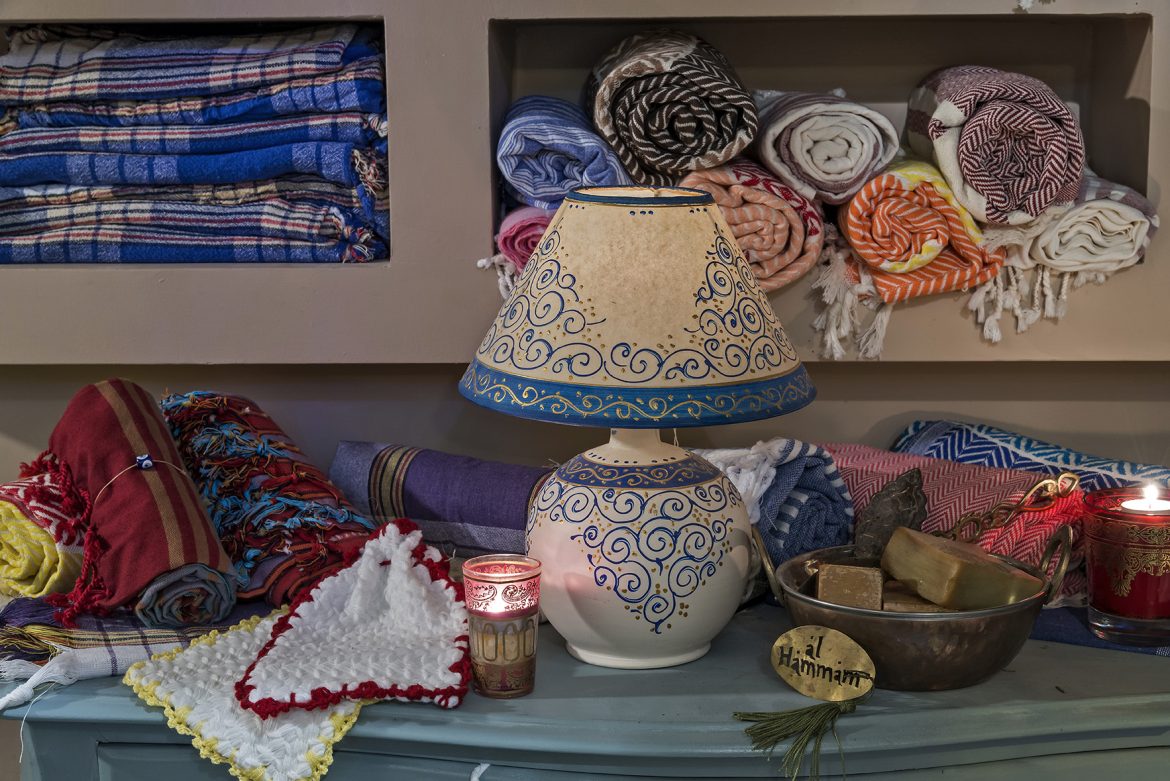 There are number of bath accessories that specific to the Turkish bath and are still used in. The bath gloves that made of palm root and the Turkish work of pestemals are the most indispensables of them. Also the pumice stone which, used to rub the feet is always available in the hammam package. Inlaid copper, silver or brass bath bowl is one of the most beautiful examples of handwork.

Henna and kohl are the natural beauty supplies that used by women for centuries in the hammam or at home. Nowadays, the disused bathroom accessories are the old soap boxes (kildanlik) and inlaid silver bath clogs.

Peshtemal is a woven cloth that used to cover the body in hammam or bath, or wrapped from the waist to prevent contamination of clothes while working. Peshtemal has reached to the present from the historic Turkish hammam era. It has a history of nearly six hundred years in Anatolia.

How is produced Peshtemal?

Pestemal is a handicraft. Throughout history this Turkish towel was produced by weaving on hand looms by women in Turkey’s eastern Black Sea and Aegean regions. Nowadays, pestemal is woven on advanced looms, because of the widespread use of electricity. It produced by hand labor. It has got a rich color harmony. There are distinctive patterns on this Turkish type bath towel. Pestemal is also traditional clothes that used by all persons, old or young, especially, in the Black Sea region. Colors, represents the inhabited region of the person who wearing it. The silk pestemal called as Fota. However, pestemal is usually woven by linen yarn or cotton yarn.

Where and how to use Pestemal?

Pestemal primarily used as hammam towel in Anatolia. Sultans of the Ottoman dynasty were also wearing pestemal in the hammam. According to the ancient Turkish traditions when a couple decided to marry they were giving to each other bath set as a gift. Pestemal was the most indispensable piece of this set. This Turkish hand-woven has also been used for clothing in the old days. Even said that peshtemal has arisen as the main apparel of humanity. Later both was changed the form and was varied.

Nowadays, pestemal used as bath towels an as bathrobe at beaches, in saunas, baths and Turkish hammams. Women wrap the pestemal from the armpit and men wrap from the waist. It is preferred in travel because of being thin and light and also very easy to dry.

In 10th Century, there was also a soap artisans group in the artisan guilds of Byzantium. The archival documents say that production and consumption of the soap were quite common in Ottoman period. Soap was produced by traditional methods in the Ottoman Empire. Olive oil and tallow was the raw material of soap. As it is today, made of olive oil soaps were the most preferred soaps and had economic value. In the old days soap was made with the reaction of fatty acids with the ashes of sodium and soda or potassium and salts. The modern soap manufacture has improved after the French Chemist Eugène Chevreul showing the soap is a fatty acid, in 19th century.

Since 1930 synthetic cleaning materials have begun to used and so that the concepts of soap and detergent were separated.

The Effects of the Hammam to the Health 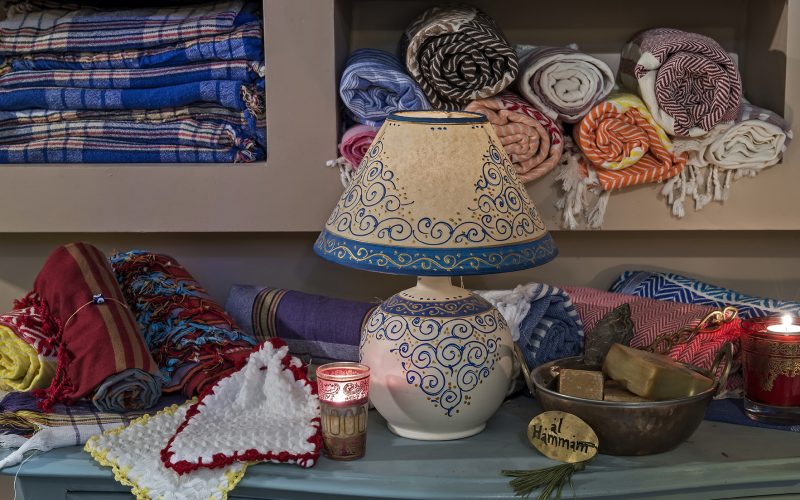 There are number of bath accessories that specific to the Turkish bath and are still used in. 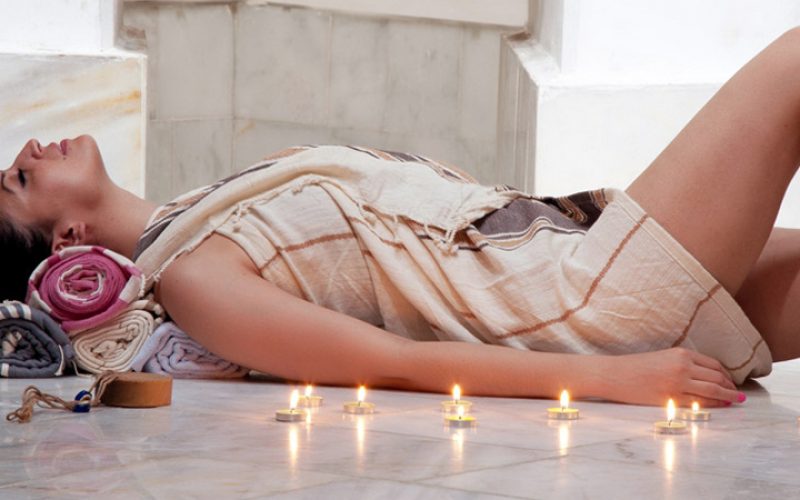 Combine one of basic hammam treatments with any 60min massage and get a 10€ discount. Take a break with one of the following treatments offer: 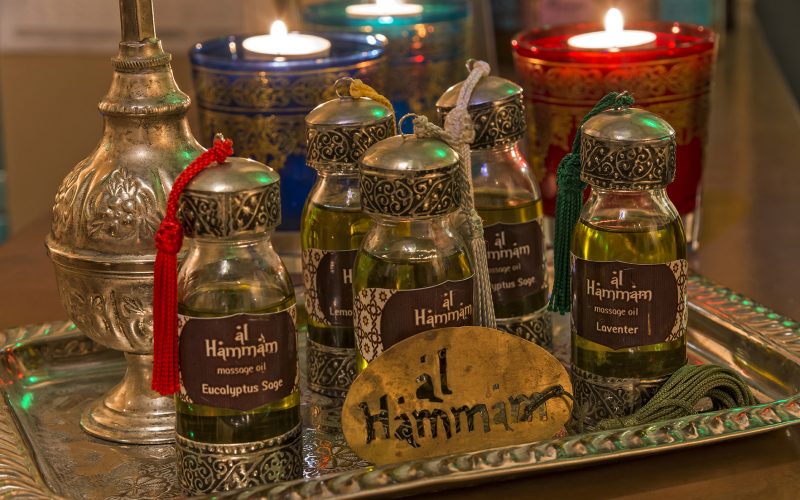